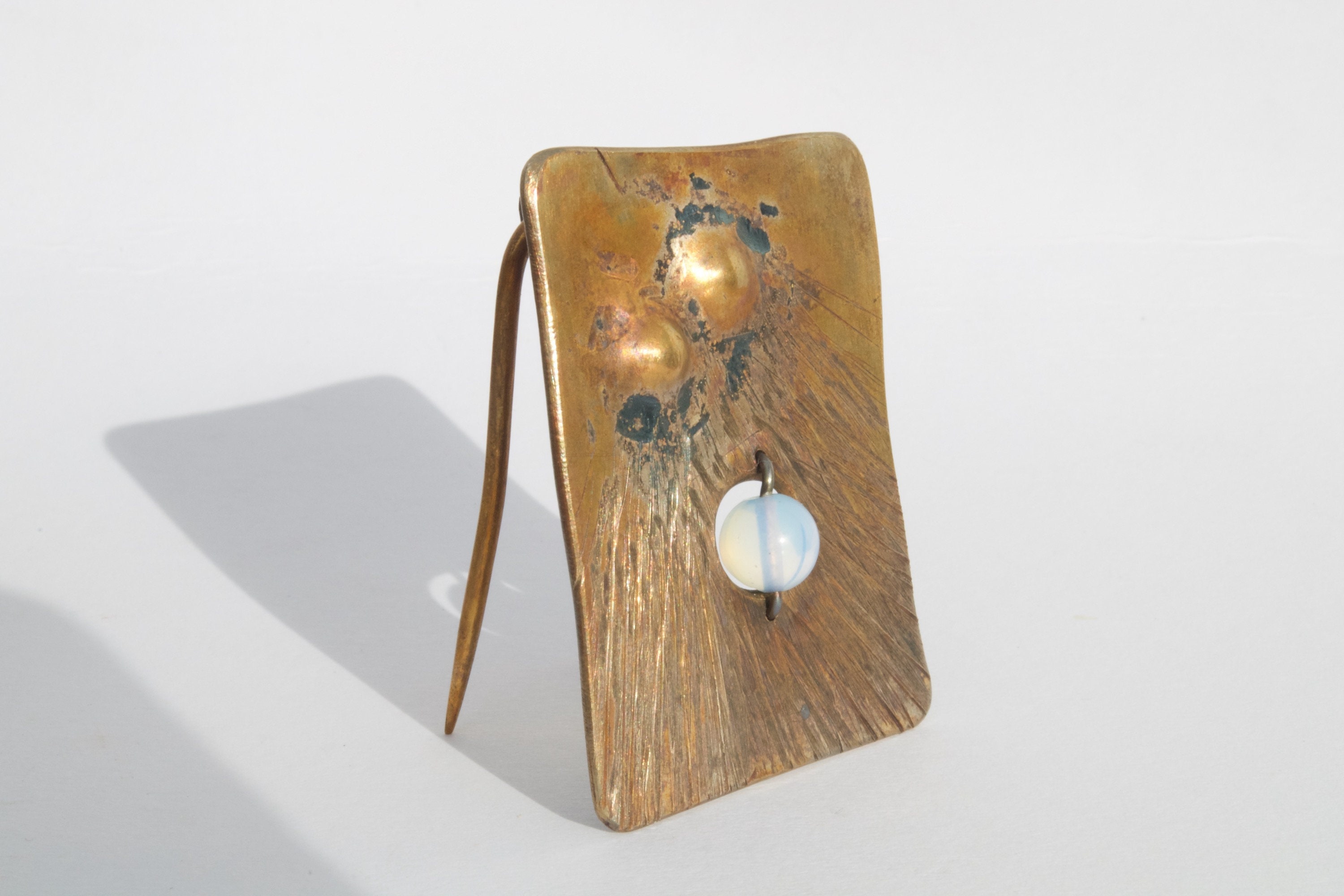 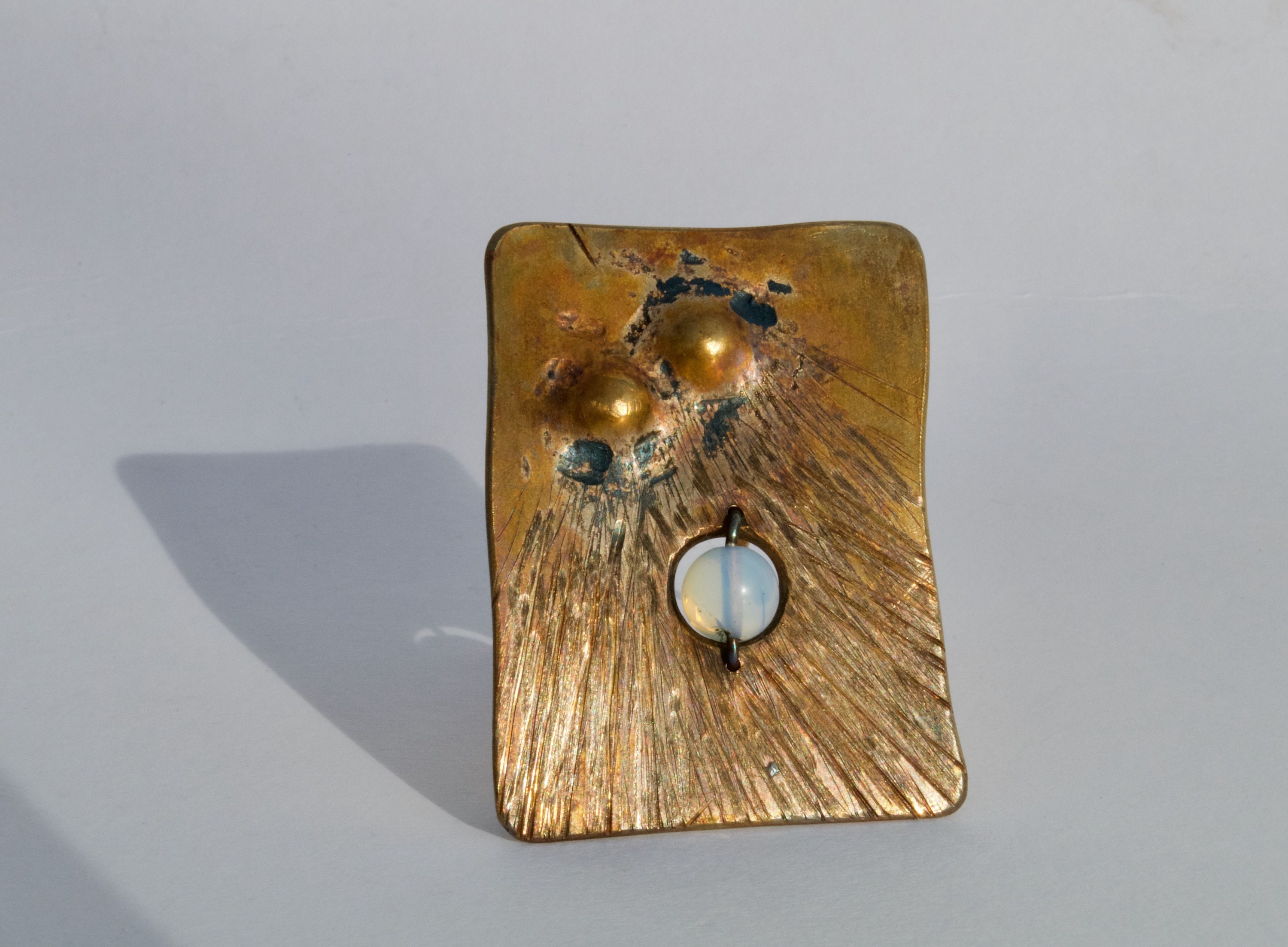 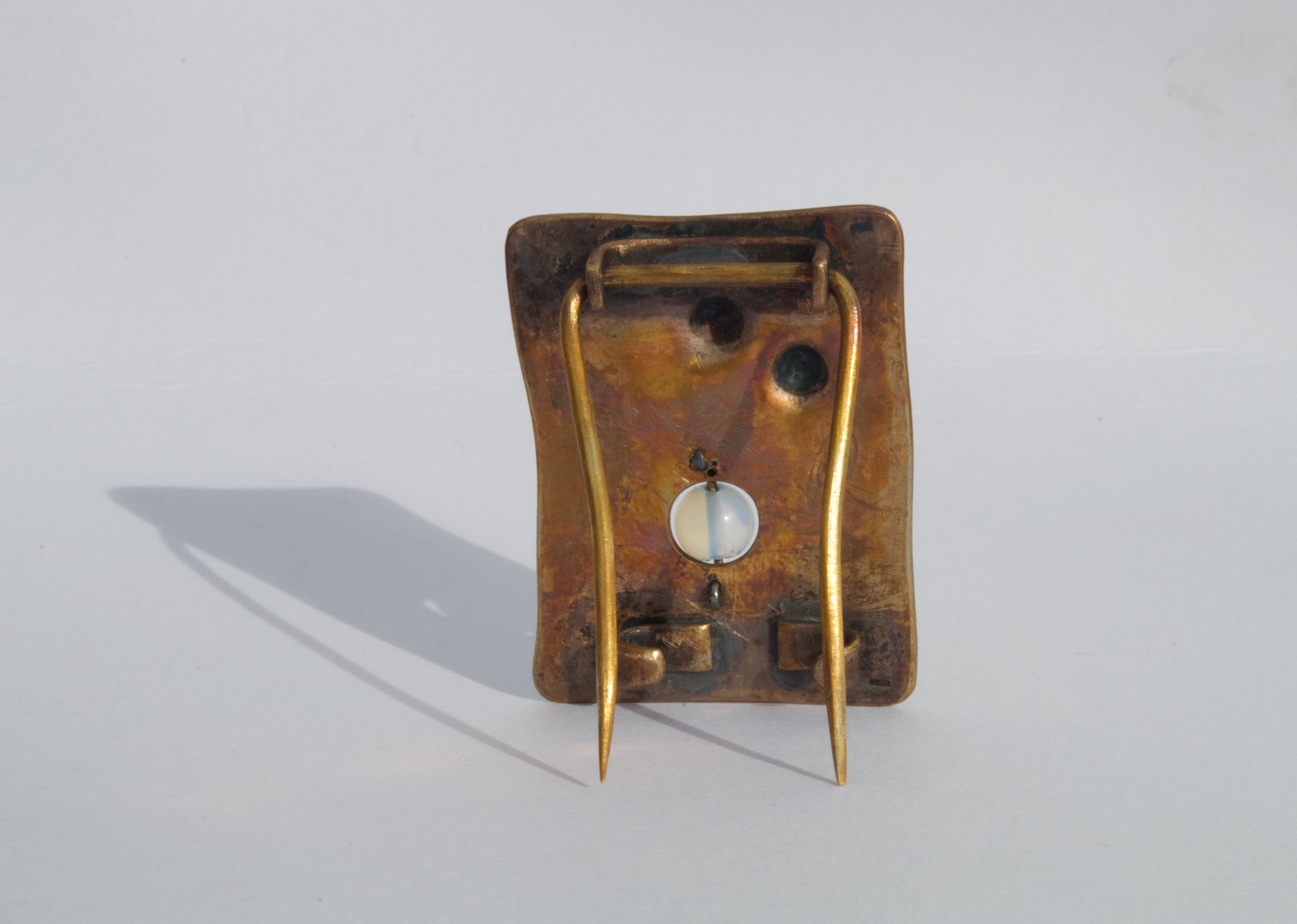 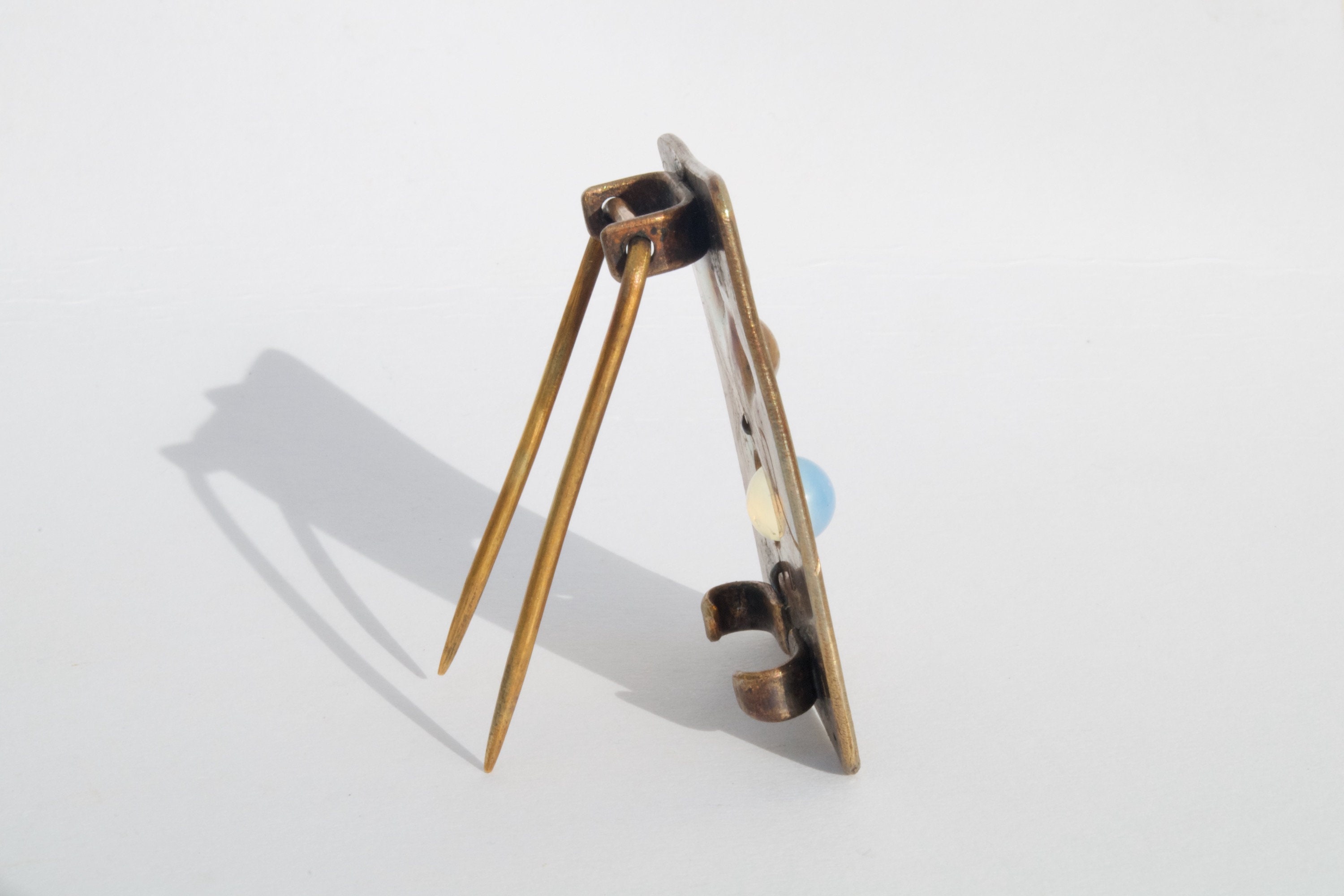 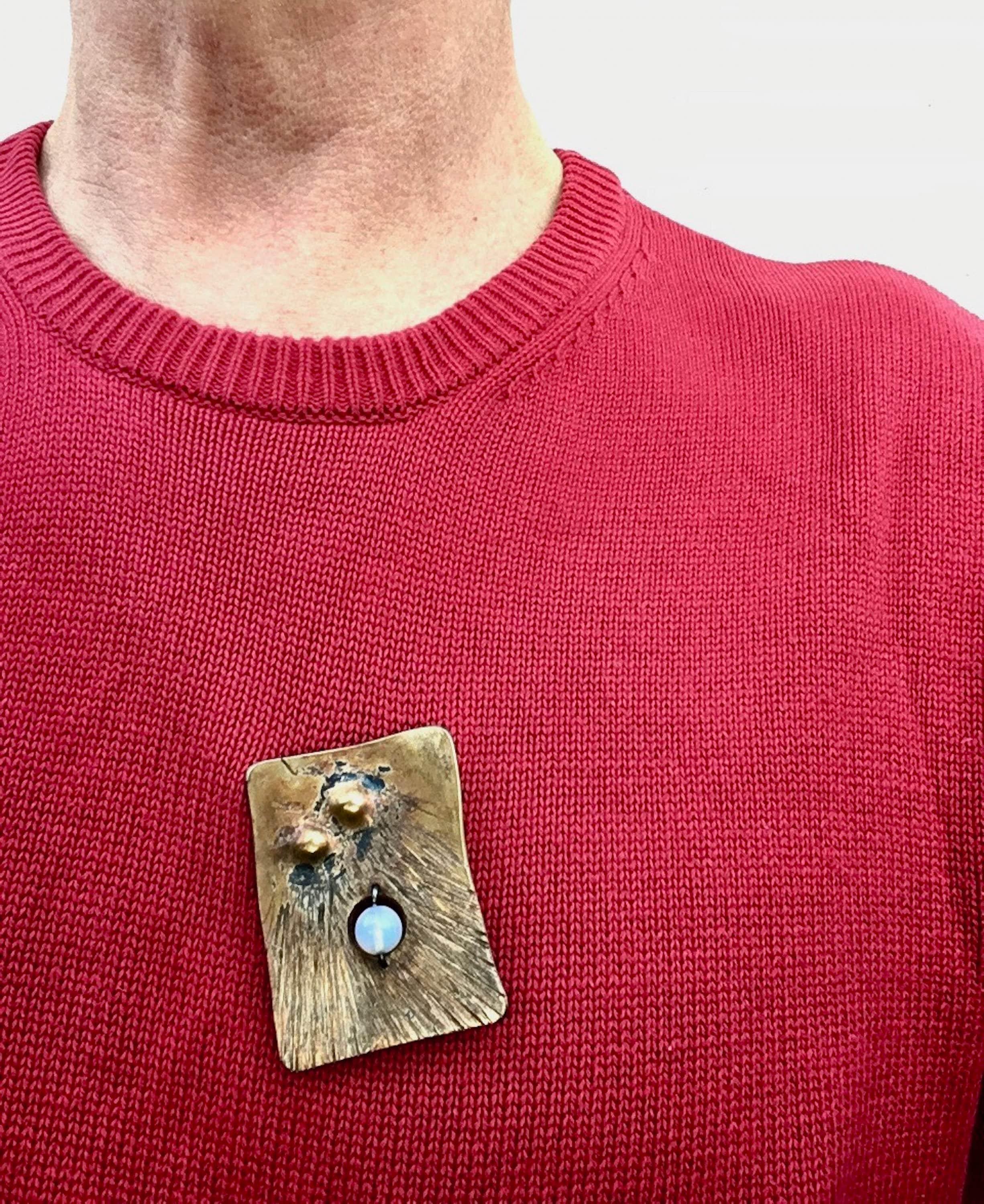 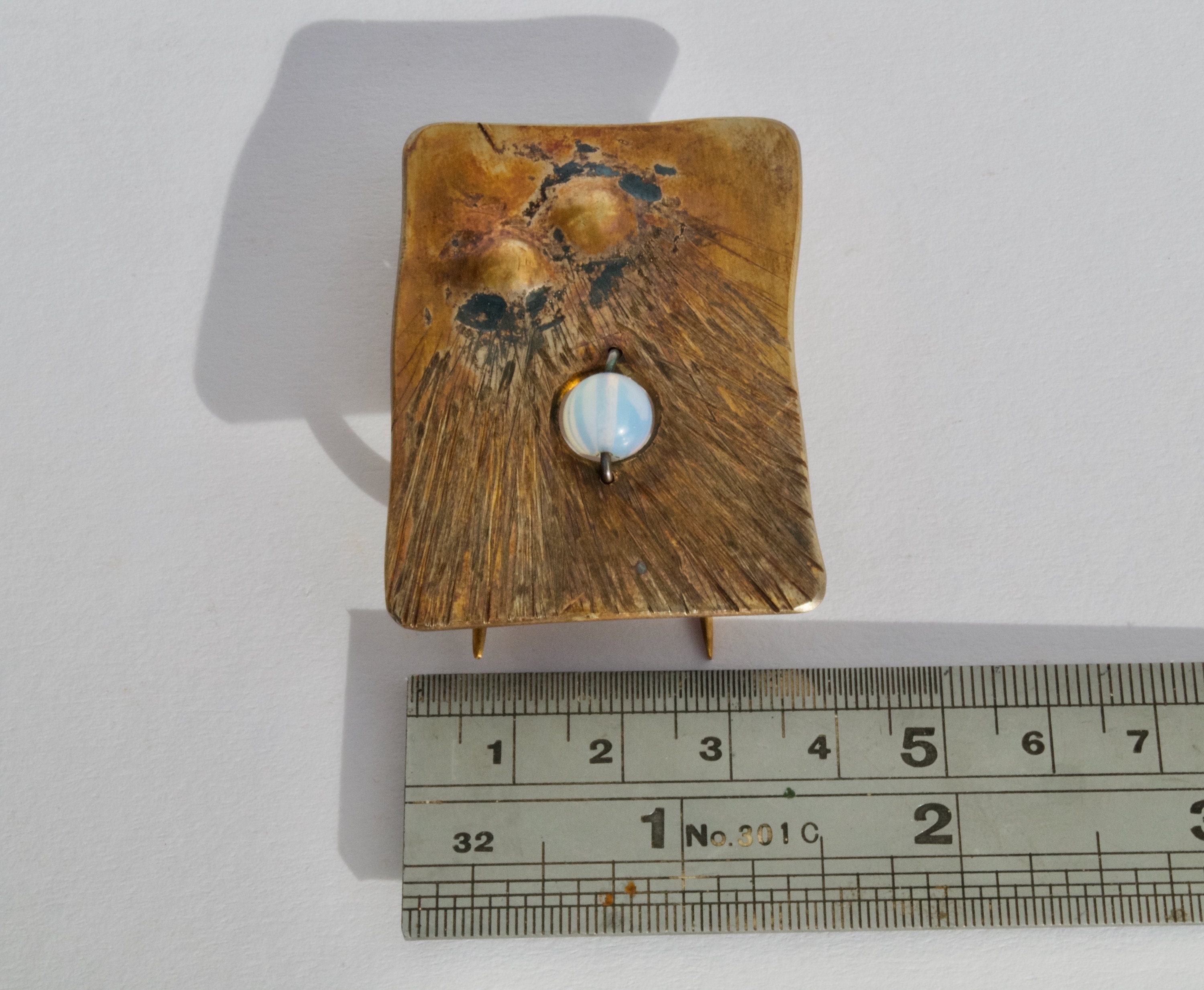 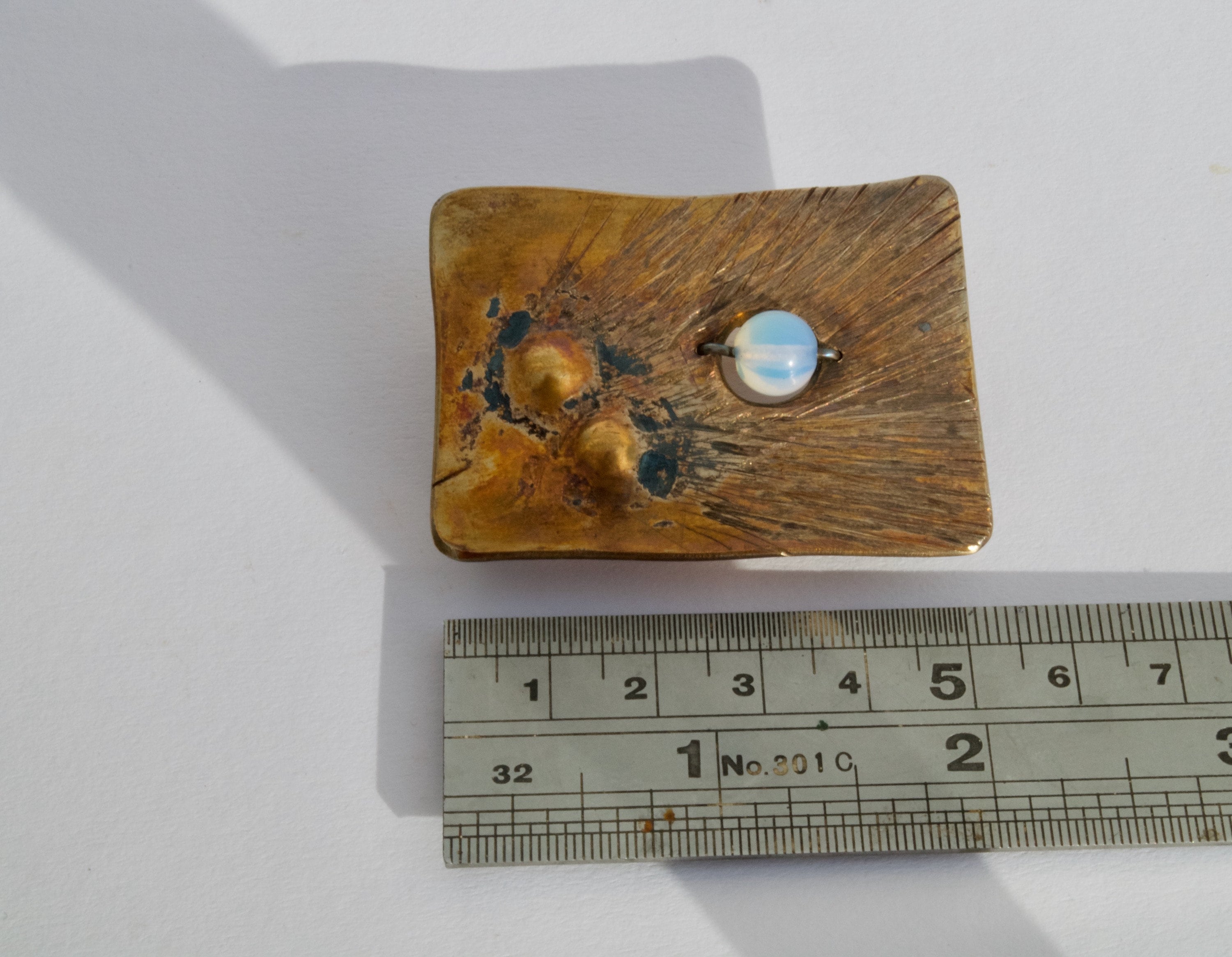 Uisneach Bronze Brooch with Moonstone is inspired by Irish Mythology. As many as possibly six thousand years ago the ancient Irish celebrated the end of Winter with a fire festival on the hill of Uisneach. There the Druid would light two fires and cattle would be driven between them to protect them for the coming year.
From the fires at Uisneach embers would be taken to light the fire at Tara and it was visible to 32 counties in Ireland and each would subsequently light its own fire.
Offerings were also made to the Gods at this festival.
At Uisneach is the stone of Ail Míreann, a massive Limstone Boulder that is split in two and weighs approximately 30 tons. This stone was Ireland's Mecca, a place where one could communicate with the other world.
Beyond Uisneach are Burial Chambers on the hills at Loughcrew. These tombs were once decorated in white quartz and could be seen for miles around.
I was at Loughcrew a few years ago and in these chambers and without knowing the background then to Uisneach, I felt I was in a magical place.
The tombs are decorated with carvings of Spirals in the stones that line the chambers. Its possible that the explanations for these spirals depicts the radiating outward of the circle of fire that covers and unifies all of Ireland at one time..
And that is the short story that inspired my current Uisneach Brooch. I hope you like it!

I gladly accept returns and exchanges

Ship items back to me within: 30 days of delivery

But please contact me if you have any problems with your order.

The following items can't be returned or exchanged

Because of the nature of these items, unless they arrive damaged or defective, I can't accept returns for:

0 items in your cart